Indianapolis students join in fight to save Crown Hill trees

2nd and 3rd graders at School for Community Learning made the news for their advocacy work. Check out the story here! https://www.wthr.com/article/indianapolis-students-join-in-fight-to-save-crown-hill-trees

Congratulations to the sixteen 4th-8th graders that represented SCL at this year’s state-wide Eco Science Fair!  Everyone did a great job.  An extra congratulations to Sam Harrington, who received 3rd place in his age division! 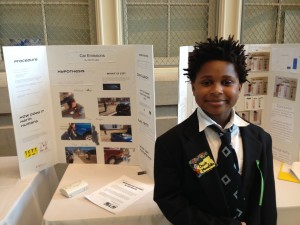 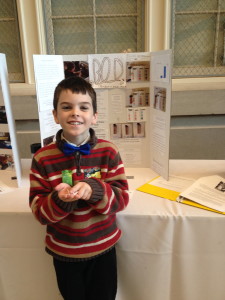 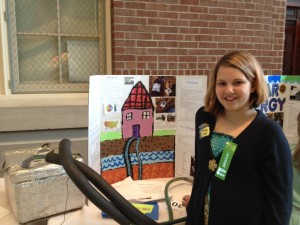 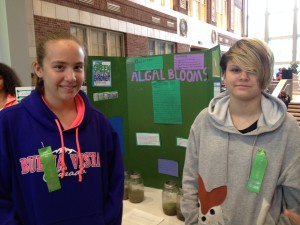 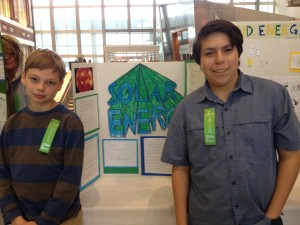 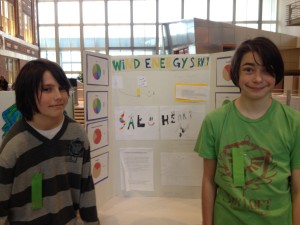 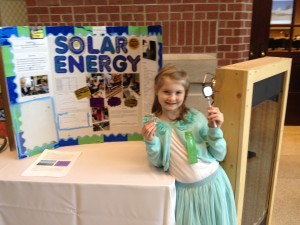 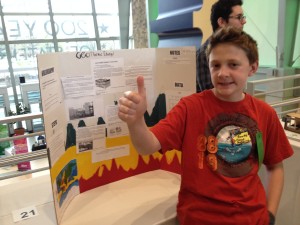 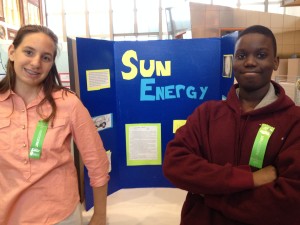 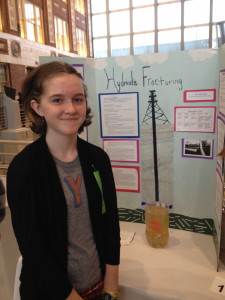 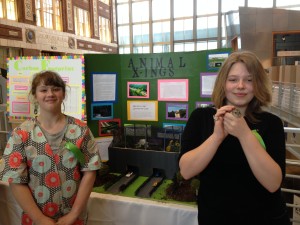 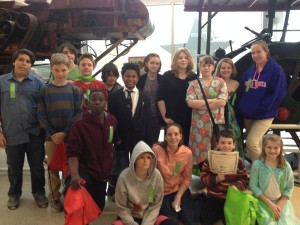 Our enrollment window is now open!  We are currently enrolling students in grades K-8 for the 2016-17 school year.  Visit our Enrollment page to learn more.

On Saturday and Sunday, Jan. 23rd and 24th SCL’s two Robotics Teams participated in the county-wide VEX Robotics Competition sponsored by the Mayor’s office. It was held this year in the Indianapolis Convention Center.

The El-LEDZ driving team consisting of Desiree Clay, Kaylee Clay and Sam Harrington placed 13th out of more than 30 elementary teams in the VEX IQ division. Chioh Mmafrika and Maya Sylvester were not able to join us but made real contributions during the design, creation and practice phases of the season.

The middle school team of Abby Clay, Devlin DeFosse, Esmee Harp, Jenna Clay, Layth Abdulbari, and Una Dunigan did an outstanding job as well. The LEDz team competed in the high school VEX VRC division and placed 14th of more than 60 teams. They were the ONLY middle school team to place so highly.

In November this same group competed in a different competition in Bloomington, IN and placed in the semi-finals.

This was the first year that SCL has had an elementary team and all of the middle school team were brand new to Robotics with one exception from last year’s team, Jenna Clay.

For BOTH of our teams to do so well is remarkable – especially with the limited resources and experience of our students.

We should all be incredibly proud of what the teams accomplished.

Mr. Nick who coached the El-LEDz and Mr. Chris that coached the middle school teams certainly are.

Rev. Dr. Martin Luther King Jr. Day at SCL was a day on, not a day off. We value all of the people in our community, both in and outside of the school, and our definition of service is rooted in the ideas of equity and access. Each class participated in a different service project.

We strive to help everyone find a way to participate in meaningful service year-round, and we hope to see you next year for our MLK Day of service!

School For Community Learning on AM1310 The Light

In the beginning of winter break, our School Leader Patricia Wildhack and board member Francine Dash spoke about the story of our school’s incredible journey! Take a listen!!!

Our Compelling and Generative Question

We invite community members, families, and students to discuss the social issues and happenings that matter most in our city. This year, our students are studying the question: “What does it mean to be a mindful contributor to my communities?”

In 2012, when we became Project Libertas we experienced a rebirth. We believe our current transformation is more of a graduation. Our school is no longer a project – it has graduated to become a thriving, growing school.

We are honored to be chosen as SmallBox’s 2015 24 Hour Web Project recipient! For this project, SmallBox designed, developed, and donated our new website, as well as designing print pieces, helping with social media and more. It would be hard to find a more creative, supportive, fun and intelligent group to work with.

All of us at the School for Community Learning thank SmallBox for the website and marketing know-how! To see more about what we were up to during the project, check out the 24 Hour Web Project site.